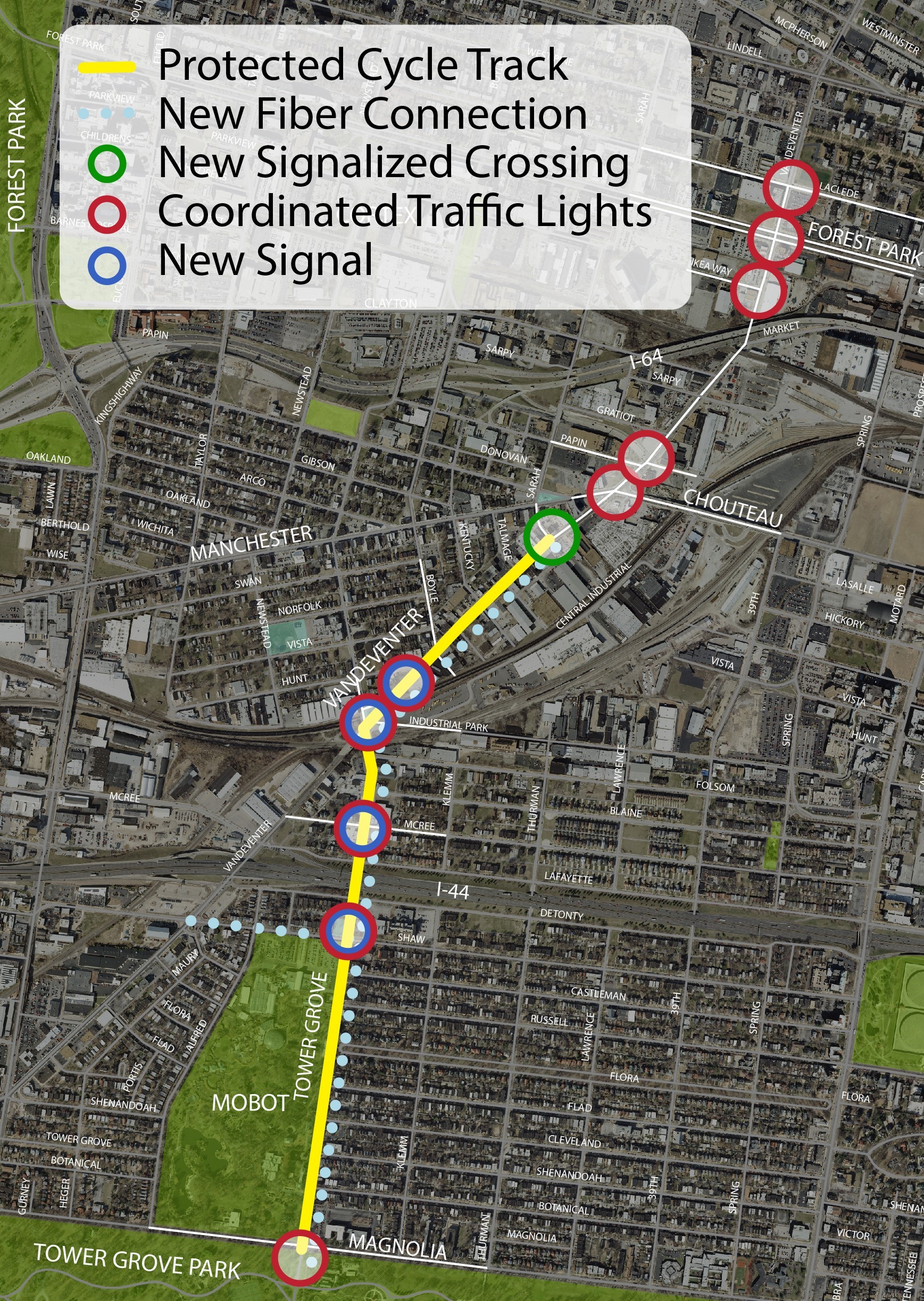 The Tower Grove Connector is a 1.4 mile protected cycle track that will connect Tower Grove Park with Forest Park Southeast. As part of the project, other funded improvements include:

The cycle track will go along Tower Grove Avenue and Vandeventer Avenue between Tower Grove Park and Sarah Street. This vital connection is one of the busiest bike routes in the region and these improvements will create dedicated, protected space for bicyclists of all ages and abilities, help improve access to public transit and job centers, and reduce traffic congestion.

The need for bicycle improvements in this corridor was identified through Connecting St. Louis Plan, which was led by Trailnet and engaged thousands of residents. Completed in partnership with numerous civic and community partners, Connecting St. Louis Plan is a bold vision to connect City of St. Louis neighborhoods, cultural districts, and job centers. Arch to Park and the Cortex Innovation Community then commissioned a follow-up study focused  on the a corridor that connected Tower Grove Park and the Cortex District. This study established the vision for the bicycle improvements that includes the Tower Grove Connector project.

In 2020, the project was awarded a $5.59 million federal grant through the Congestion Mitigation and Air Quality (CMAQ) program. Design and engineering of the project began in 2021. A future phase of the project proposes to extend the protected cycle track north along Sarah Street to the Brickline Greenway at the Cortex MetroLink Station. This will link the north-south corridor to the greenway running east-west, providing walkers and people on bikes access to job centers and cultural institutions throughout the City.

The Tower Grove Connector will include the following major features. The community will have the opportunity to shape the final details of the design as the process moves forward. 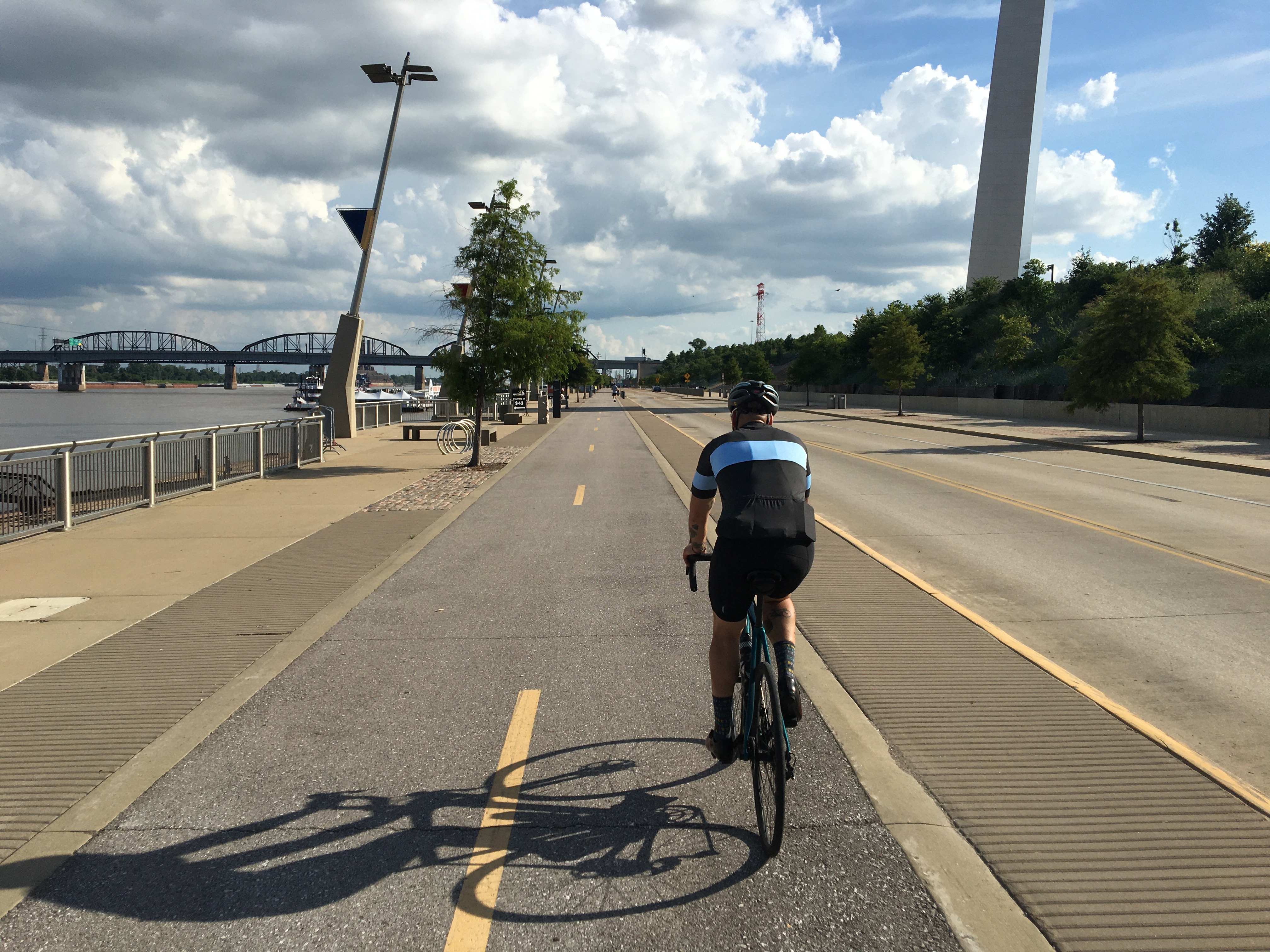 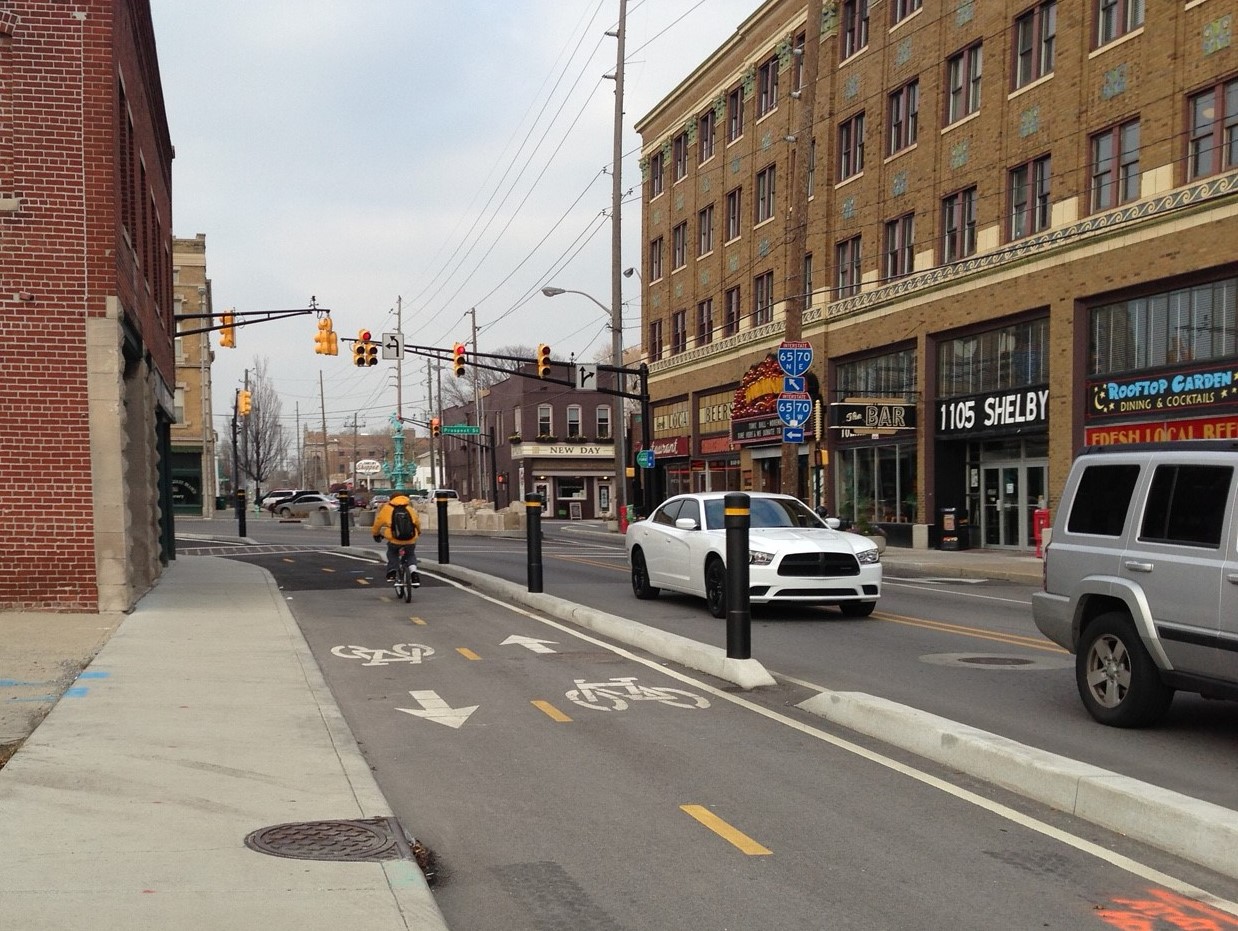 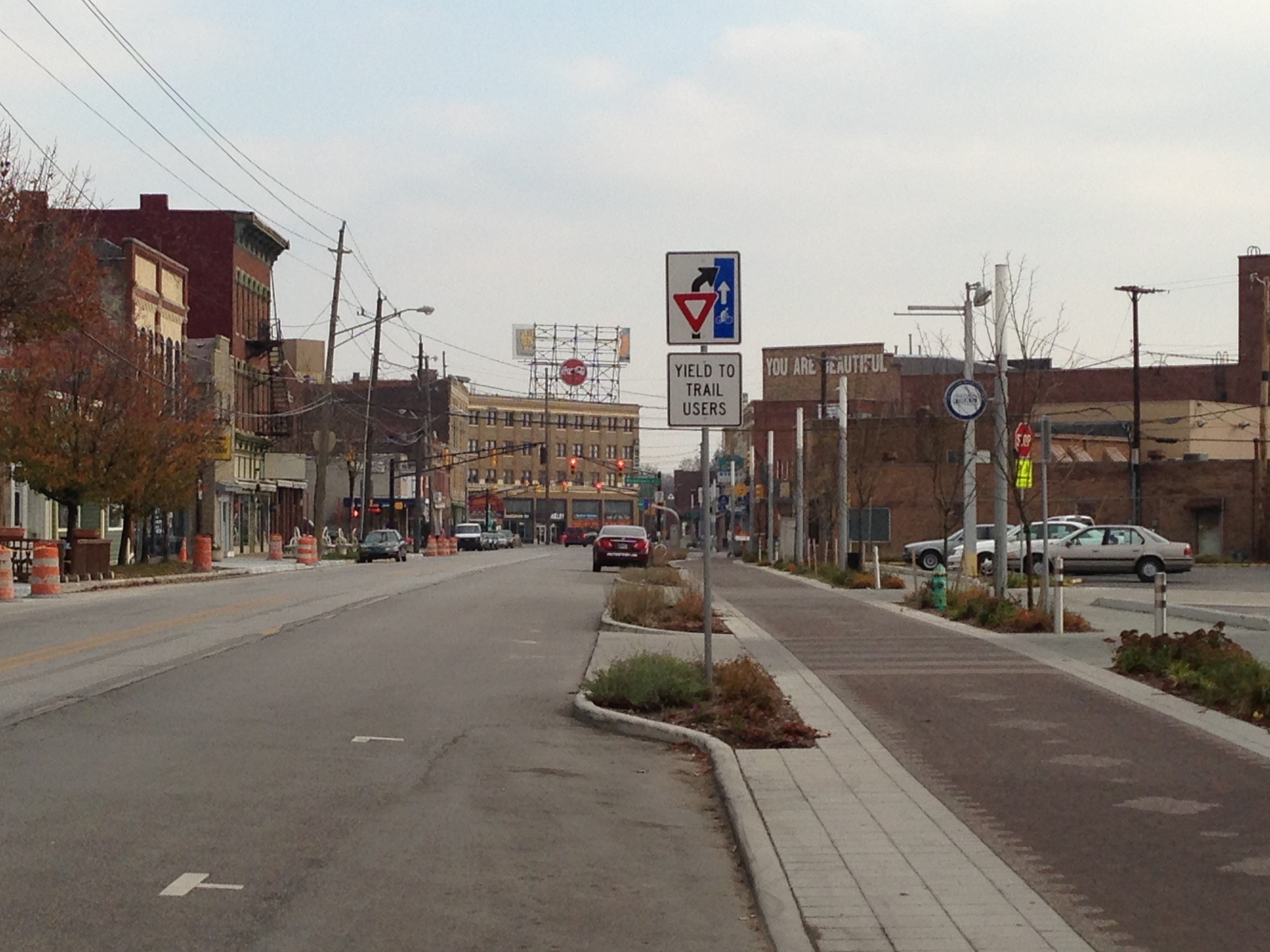 This project includes a 1.4 mile, two-way cycle track that creates dedicated space for people to bike that is physically separated from car traffic on the street and people walking on the sidewalk. This cycle track will be separated from car traffic by a concrete curb and buffer area as well as being raised up at sidewalk level. Cycle tracks provide important separated space for people of all ages and abilities to bike. The cycle track runs along Tower Grove Avenue and Vandeventer Avenue between Tower Grove park and the Grove. The project includes dedicated signals for bike traffic.

Examples of different cycle tracks are shown in the photographs above. 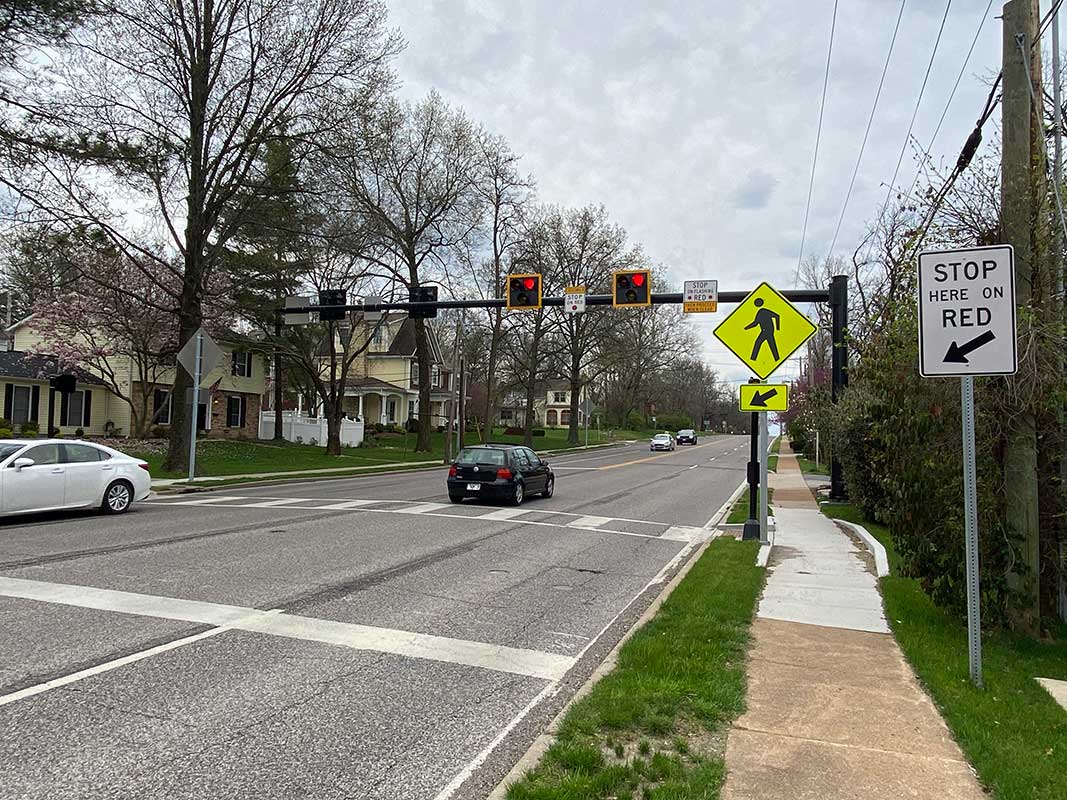 The Tower Grove Connector includes sidewalk and crosswalk improvements. These safety improvements include:

Traffic signals will be replaced at the following intersections:

These new signals will be connected to the City’s communications network and linked to the City’s Traffic Management Center. This will allow the City to adjust the timing and see what’s going on from a remote location, helping traffic flow more smoothly and reducing congestion.

Join our email list for the most up-to-date news regarding the Tower Grove Connector.

Thank you! Your submission has been received!
Oops! Something went wrong while submitting the form.